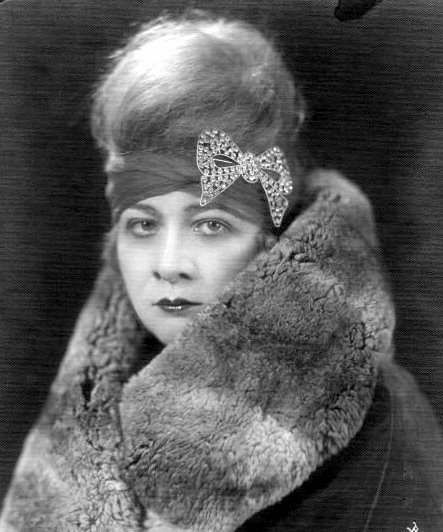 Looking forward to singing the song above and will be excited to see what that brings the act.

Just watched this documentary and am very happy I did.  Very good and it shows so much about her ad a person!  Its available to watch on YOUTUBE or on Amazon.

There is so much on line about Sophie Tucker on line and in books!  A few links below too.

Born Sonya Kalish to a Jewish family en route to a new life in America from Tsarist Russia in 1887, Sophie Tucker would become one of the greatest and most beloved entertainers of the 20th century.

The singer, comedian, TV, film and radio personality grew from humble roots in Hartford, Connecticut where her family appropriated the last name Abuza and opened a restaurant. In addition to helping maintain the family business, Sophie began singing for tips at an early age and discovered her powerful voice and innate knack for entertaining.

At 16, Sophie married local heartthrob Louis Tuck (from whom she would derive her famous last name) and soon after gave birth to her son, Bert. The rocky marriage and jump into motherhood exposed Sophie to a bleak future ahead if she chose to stay close to home and abandon her theatrical dreams. With heartbreaking determination, Sophie left her child to be raised by her younger sister, Anna and left Hartford for New York City. With just $90 in her pocket, Sophie was determined to make a name for herself and find success that would allow her to give back to her beloved family.

The harsh reality of roughing it in New York didn’t faze the ingénue and, after pounding the pavement and pinching pennies, Sophie eventually found work performing vaudeville and burlesque tunes in local establishments. However, being pegged “too fat and ugly” to perform as herself, Sophie was restricted to performing in blackface as a “coon shouter.” While she made a name for herself with this act, a happy accident which left her without her makeup kit one day in 1909 forced Sophie to go on stage naturally – that is, as natural as a full-figured girl in a sequined ball gown and golden curls can be. The crowd adored the real Sophie, and though the disguise was gone for good, she would continue to draw on ragtime, blues, and jazz influences, which were primarily African American genres at the time.

After a brief but acclaimed stint in the legendarily extravagant Ziegfeld Follies, Sophie gained traction that would send her on the road until her death from lung cancer in 1966. Amassing an extraordinary fan base, Tucker enjoyed the success of many popular recordings, most notably including My Yiddish Momme and Some of These Days, the latter of which became the title of her 1945 autobiography. Sophie appeared in several films during her lengthy career, including one of the first “talkies,” Honky Tonk, in 1929, and alongside Judy Garland in 1937’s Broadway Melody of 1938.

Deemed “The Last of the Red Hot Mamas,” Tucker was adored for her candor, bold sense of humor, powerful voice, and unwavering energy as a performer and as a woman. Sophie never fit the typical Hollywood beauty mold, but presented herself and her body in an empowering way that shut down any preconceptions or superficial standards.

Sophie continues to be celebrated as a groundbreaking entertainer and transcendent example of the American dream.

Sugar IN My Bowl